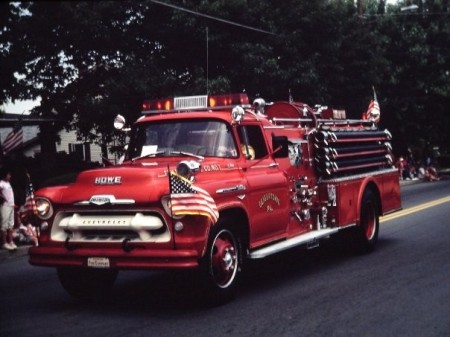 1956 Howe Pumper purchased from El-Mor Chevrolet in 1956.  This truck was retired and puchased by Dave Shirey.  The truck still resides in our community and takes part in special events. 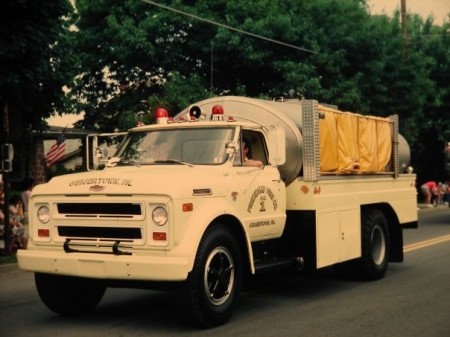 1969 Chevrolet - 1,800 gallon tank and a 250 GPM Pump.  The tank was a used stainless steel milk tank.  During the flood of 1972, this truck was used to haul drinking water for two weeks into Birdsboro.  The water was pumped from the ponds at the Bethlehem Steel Company in Morgantown.  This truck came from El-Mor Chevrolet and was sold in 1999. 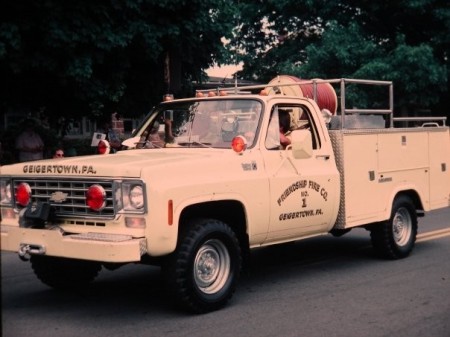 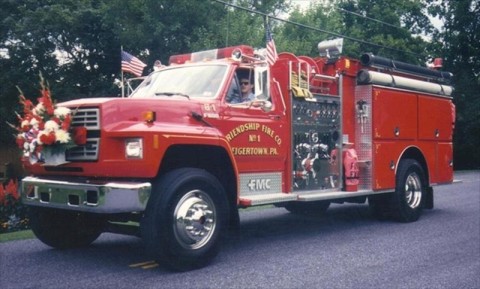 1989 Ford FMC Engine.  1000 gallons of water with a 1250 pump. This truck was sold to White Sulphur Springs Volunteer Fire Department in Montana in 2007 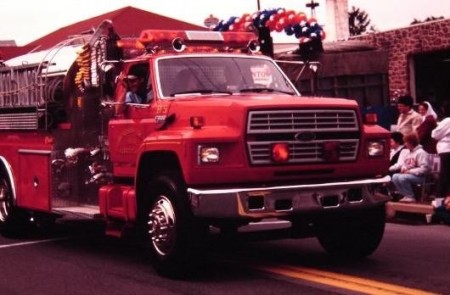 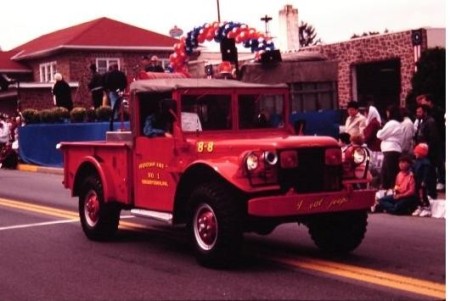 A Dodge Power Wagon was donated by the Bureau of Forestry strictly for brush fires.  This unit was returned to the Bureau and a 1986 Chevy Brush Truck was give in return (1986 still in use today) 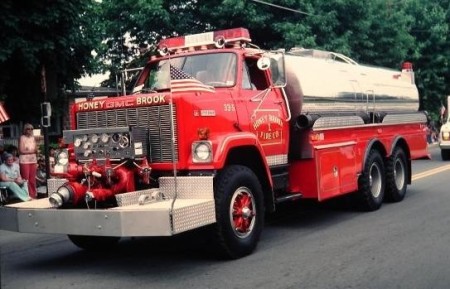 A 1979 GMC 4-Guys Tanker was purchased from the Honey Brook Fire Company in 1999.  This provided us with a 3,000 gallon tank and a 1,000 GPM pump.  This truck was replaced with the current Tanker 24, and was sold to the Lake Waccamaw Fire Department in South Carolina in 2007 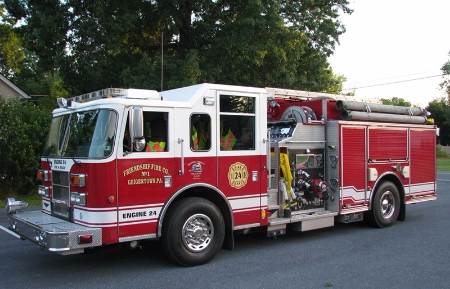 Our 2004 Pierce Contender Engine was bought from a department in Texas in 2008. Unit was in service untill July of 2016 when it was sold to Woodburn Fire Department in Indiana. 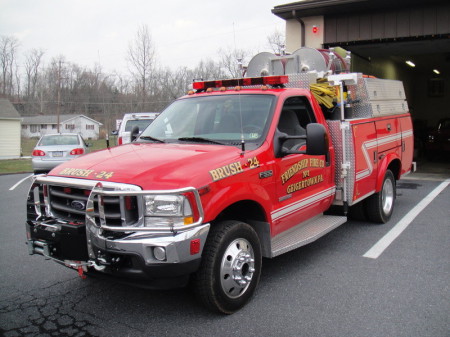 Brush 24 was built by the Geigertown Fire Company in late 2003 after purchasing the chassis from Manderbach Ford.  The "fire body" of the truck was built and installed by Continental Fire in Trenton NJ.  This truck served as the "first-out" Brush piece until December 2017.  The truck was sold to the Friendship Fire Company in Friendship Indiana and will run in the same capacity for them. 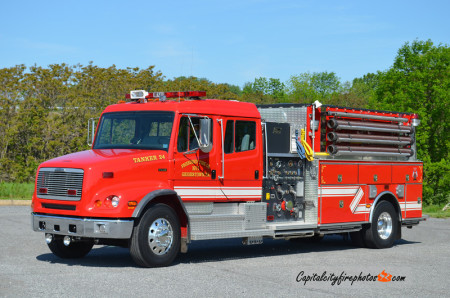 Engine-Tanker 24 was purchased new in 2001 and served the community until April of 2018 when it was sold to De Soto Fire Dept. in Missouri. ET24 was replaced with the Ferrara Ladder

Unit was on loan from PA department of forestry until our current Brush 24 replaced it. 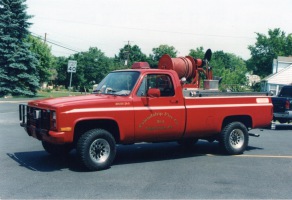 Visit our Recruitment Page to learn about the different levels of membership.  If you're ready to apply now, download the application here!